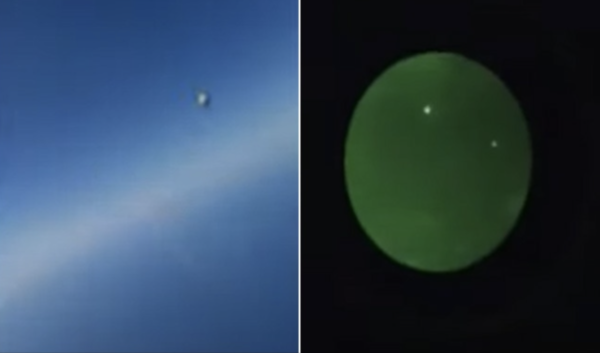 New UFO Videos Give Rise To Questions About Aliens. US Officials Say This

At the first open US House Intelligence hearing on unidentified aerial phenomena (UAP) in more than 50 years, the Pentagon on Tuesday showed new Unidentified flying object (UFO) videos to Congress. According to NBC Boston, at the hearing, US Deputy Director of Naval Intelligence Scott Bray testified that reports of UAPs are “frequent” and have been on the rise for more than a decade. Mr Bray showed lawmakers previously classified videos of spherical objects flying in the sky.

In one brief and shaky video, a small object appeared to zip past a military pilot. In a separate clip and a similar photo taken at different times, glowing triangles are seen in the night sky.

…the flying triangles are pretty amazing to watch. The issue of how these craft move without any of the usual technology and seemingly outside our realms of physics demands investigation by America because if it represents a technological leap by China or Russia or some weird private military firm, that poses a threat to America.

That threat means all avenues must be explored which forces the question that the technology might be extraterrestrial. 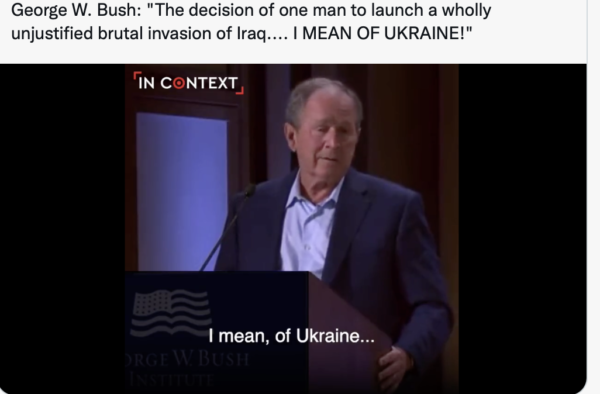 I don’t even know what to say. During a speech on the Ukraine, Bush accidentally reminded us all of his illegal and pointless war that ended up killing a million and setting the Middle East back a couple of decades by gaffing and saying Iraq instead of the Ukraine.

His blunder is a reminder of the convenient forgetting we in the West have had over the conflict in the Ukraine, where the hell do we get off playing the high horse on invasion when we have so much blood on our own hands when it comes to invading countries. 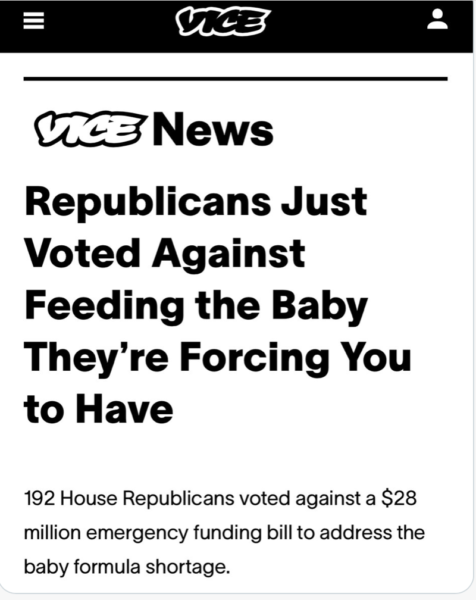 After demanding all women go full term with babies they don’t want, the Republicans then voted against getting in desperately needed infant formula during an unprecedented shortage to then feed all those extra babies.