I was given the internal UMR polling from inside Labour last night and it has todays TVNZ Poll around the other way with Labour on 39% and National on 35% so as far as Labour are concerned, the budget has given them the bump they were hoping for so they aren’t panicking right now.

The polls point out what TDB has been arguing for sometime now, the Maori Party are the Queenmaker and the 2023 election will be the most polarised we’ve ever seen.

It will be a National/ACT Government vs Labour/Green/Maori Party Government and the urgency of both sides to make fundamental policy changes aren’t being appreciated by the voting masses yet.

There will be an enormous difference between a National/ACT Government vs Labour/Green/Māori Party Government.

There are of course winners & losers.

Labour & Jacinda: Despite months of bad press, that Labour are still holding on (and their UMR polling says they are back ahead) shows that the loyalty Jacinda has built with her voting block won’t be tempted to flirt with the Greens. Desperately needs some actual wins because things are about to get far worse economically for a lot more people which will trigger crime, protest and far more division.

NZ First: With the Māori Party in the Queenmaker pole position, Winston can make hay all year. The Māori Party’s flakiness on a host of issues will be used as ammunition against them and nervous Labour voters could vote NZ First as a handbrake to Greens and Māori Party. 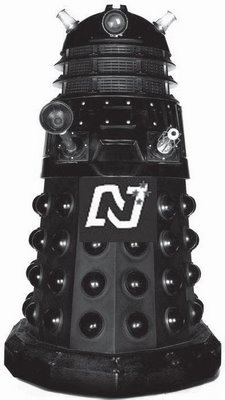 David Seymour: He should feel a tad bitter about this result, how can mediocrity like Luxon eclipse Seymour’s talent? Seymour is very funny, very charismatic and a very clever politician who is at the peak of his political powers, he runs circles around Christian Lex Luther and Nicola Willis and will campaign so magnificently in comparison I think ACTs Auckland vote could generate an overhang via MMP. ACT have every reason to feel a double digit election result is theirs for the taking.

Chris Luxon: He’s peaked already. What you need to appreciate about Christopher is that his evangelical prosperity theology means his 7 properties is proof positive that Jesus loves him. His CEO routine can do the 45 second sound bite, but time and time and time again his total lack of intellectual curiosity has him blunder policy that he has to walk back 24 hours later. That’s not a handicap for winning because National are selling his enormous self certainty to a frightened and uneasy electorate. The problem won’t be winning and sticking to a very bland script, the problem will be the total implementation of hard right ACT policy David Seymour will be able to force pass Luxon who sees things like policy as something the little people do. Christopher loves the first class passengers and who he wants to get working class he talks to the pilots and first class cabin staff, but those who can’t afford to fly God Airways is a bottom feeder.

Nicola Willis: She so won’t be the next Finance Minister. David Seymour will be.

Beneficiaries/Renters/Poor: They get $27 for 13 weeks. They are screwed no matter who is in power.

Māori Party: The problem is the Māori Party necessity to form 51% will be used by the Right to cause more divisiveness in the campaign. They urgently need to stop dumb forced errors to prevent handing the Right ammunition. John Tamihere’s leadership and discipline is urgently required behind the scenes to ensure that.

2023 is heating up to be the most polarised election in modern memory.

The echo chamber effect of politics via social media means everyone you don’t agree with has either been blocked or muted ensuring the most radical voices are amplified and the polarisation intensifies when the political bubbles realise what the polices of the others are.

That means 2023 will be a true ideological battle between a National/ACT Government and a Labour/Green/Māori Party Government.

These Governments will be forced to be far more ideologically extreme than Labour or National will want to be and it will create vast shockwaves from either side.

The yellow quick fox will jump all over the lazy blue log and National will be held to ransom by a jubilant Seymour who will see amputating the State as his final gift to Milton Friedman so he can hand on heart tell Satan that he fulfilled his obligations to the free market so he can finally resign from politics and make some real money in the private sector.

One could argue that centrist NZ will avoid this by voting National or Labour, but the economic carnage that is looming now means extremism will be fed and manufactured by the lived experience of people in economic and social pain.

Shit is about to get cray cray and people will lose their minds, add economic insecurity into that and you have the perfect cocktail for frenetic engagement rather than measured reason.

The rule of NZ politics is that you literally have to bang Labour’s head against a wall and put a gun in their mouth before they ever agree to implement meaningful change that challenges neoliberalism.

Labour are the moderate management team who take over once National have fucked up.

Any radical revolutionary zeal was drained inside Labour once their activist base became  middle class marxists. If you want Labour to be transformative, you have to literally force them to.

To appeal to those in pain who have been promised the world and delivered a cold Uber eats, the left block must promise radical change within the first 100 days of the new Labour/Green/Māori Party Government.

This will require the Greens and the Maori Party working together to put a list of bottom lines that must be passed within 100 days to generate the urgency that is required to make previous Labour voters believes again.

The Māori Party and Greens must save Jacinda from her and Grant’s innate caution.

The Greens should make their move against James Shaw as quickly as possible so as to blood Chloe before the campaign proper starts and be clear that they tactically will use bottom lines negotiated with the Maori Party to force immediate change that will be passed within 100 days.

If they can’t present an urgent united front with clearly defined goals to win back hope for change, then they will be forced to play the same scare tactics the Right will and use fear of the ACT/National agenda to grudge vote for the Left again.

Look, the economy c-o-u-l-d keep spluttering on, but surely that resilience every economist points to was only so resilient because the Government pumped billions into the economy in the form of the wage subsidy program.

Now we face the economic turmoil of a global economy that has printed $25Trillion dollars since 2008 to prevent an international economic meltdown which has artificially created the lowest interest rates for 5000 years!

You have to go back to fucking Mesopotamia for interest rates this low!

I don’t have a PHD in monetary theory, but I’m not sure raising interest rates that gives all that debt gravity as a means to slow spending will counter inflation if it’s being driven by Supply side dynamics, not Demand side dynamics.

Halting the speed of money flow is counter productive if Kiwis don’t have any money to start with. Prices are skyrocketing because of international inflationary pressures exacerbated by a global financial market pumped full of printed money. If Supply side dynamics are driving the inflation, cutting back consumer spending will tilt the economy into a steep recession, which will quickly become a depression when prices continue to climb because of scarcity.

What I’m saying is we be fucked and that fuckedness is going to drive the electorate into a frenzy of anger, fear and economic hurt. Oh and the climate crisis, don’t forget the food prices are being pumped up because the global agricultural calendar has now been so interrupted by a 2 year mega drought that we will see large scale famine this year.

I don’t think we are ready for this jelly.