War is always ugly and brutal. The Russian invasion of Ukraine is no different, with Ukrainians feelings of powerless and vulnerable.

Many desperate families are fleeing the country but the majority are staying and all will be wondering if they and their loved ones will survive to the next day.

Ukrainians are hopelessly under-armed compared to Russia. They are in a David Vs Goliath battle and there has been widespread media reporting of people making Molotov cocktails in an attempt to rebalance power and give the civilian population, untrained but enthusiastic, the chance to fight back.

The Molotov cocktail is the weapon of choice when you have no firearms.

Western mainstream media has been so enthusiastic and supportive of the Ukrainian fightback they have reported a brewery in Ukraine being turned into a temporary factory to make the explosive petrol bombs. Also, when newspaper outlets such as the Washington Post eagerly report “grated styrofoam is sometimes added, reportedly to make the flaming liquid sticky”, you know which side they are on.

As Russian troops crossed the border into Ukraine, not so far away in Palestine a group of boys were making Molotov cocktails to hurl at the foreign occupying army in their country. All historic Palestine, from the Jordan River to the Mediterranean Sea, has been occupied by the Israeli military since 1967 – one of the longest military occupations in modern history. The boys were in the occupied West Bank where Palestinians live under a cruel military regime through which they face daily harassment, ritual humiliation, arbitrary arrest, prolonged detention without trial (children included) and well-documented brutality when they resist their occupiers.

When the Israeli military turned up, 14-year-old Mohammed Shehadeh was shot and killed, allegedly while throwing a Molotov cocktail. His family say he was 300 metres away from the incident but either way this is irrelevant to the occupying power whose main purpose is to “teach a lesson”. 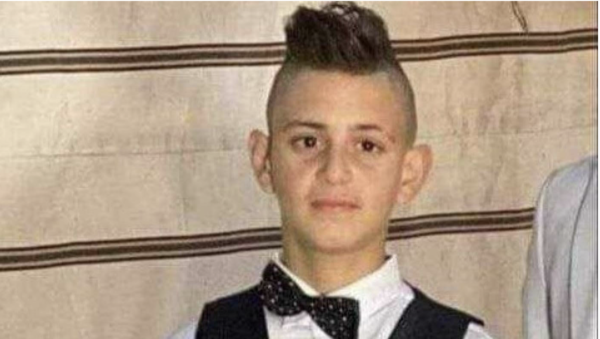 A United Nations official, Tor Wennesland, expressed “grave concern” at the killing and called for “Israeli restraint”. He said children must not be the target of violence and lethal force may only be used when strictly unavoidable to protect life. This means little to Israel where the killing of Palestinians, and Palestinian children, has been casualised because there is no effective accountability.

There has been a sharp increase in the number of Palestinians killed by the Israeli occupying force in the West Bank. According to the UN, there were 24 such deaths in 2020 and 78 in 2021.

Meanwhile the Human Rights Group Defence for Children International says 2021 was the deadliest year for Palestinian children since 2014, as Israeli forces killed 76 Palestinians under 18, 15 of them in the occupied West Bank and East Jerusalem, and 61 in the besieged Gaza Strip. They also reported last week that Israel was continuing to withhold the bodies of nine Palestinian children its forces have killed. All nine were under 18 at the time of their deaths, which occurred between 2016 and December 2021, with the youngest being two 15-year-olds: Yousef Mohammad Odeh from Jenin, and Mohammad Nidal Musa from Nablus.

So how is Aotearoa New Zealand to respond to foreign invasions and occupations where largely defenceless people face overwhelming military might?

In the case of Russia invading Ukraine the government has been loud in its condemnation and has imposed various boycotts. It is also looking to pass special legislation in the next few days so it can impose further sanctions to cause direct harm to the Russian economy.

But in the case of Palestine the Labour government is doing the precise opposite. There have never been boycotts or bans imposed on Israel. Instead of holding the country to account for war crimes and flagrant breaches of international law the Labour government last month took part in an agricultural summit to “build strategic partnerships” with Israel and thereby assist in exploiting stolen Palestinian land for Israel’s benefit. Shameful behaviour. The government says everyone’s human rights are equal but as George Orwell might have said, some human rights are more equal than others.