Robertson and the Reserve Bank have previously denied responsibility for the surge in house prices after their decision to print $58b to unleash a ‘wealth effect’ boost for the economy. But the OECD sheets the blame straight back to the Government and the Reserve Bank in its report (bolding mine).

“Runaway house prices are a major drag on wellbeing in New Zealand, especially for first-home buyers, and are by far the greatest concern identified by households in the IPSOS NZ Issues Monitor. Real house prices had already increased much more than in most other OECD countries since the turn of the century before the COVID-19 pandemic hit but went on to rise by another quarter since then, largely owing to the monetary policy measures implemented to support the economy House prices have also increased more relative to fundamentals – household income and rents – than in most other OECD countries. The large rise in house prices has increased wealth inequality between house-owners and non-owners.” OECD

We are different and it is a crisis

Here is the final nail in our society’s housing coffin. This chart shows the share of the population under intense rental stress. We are the worst in the OECD. 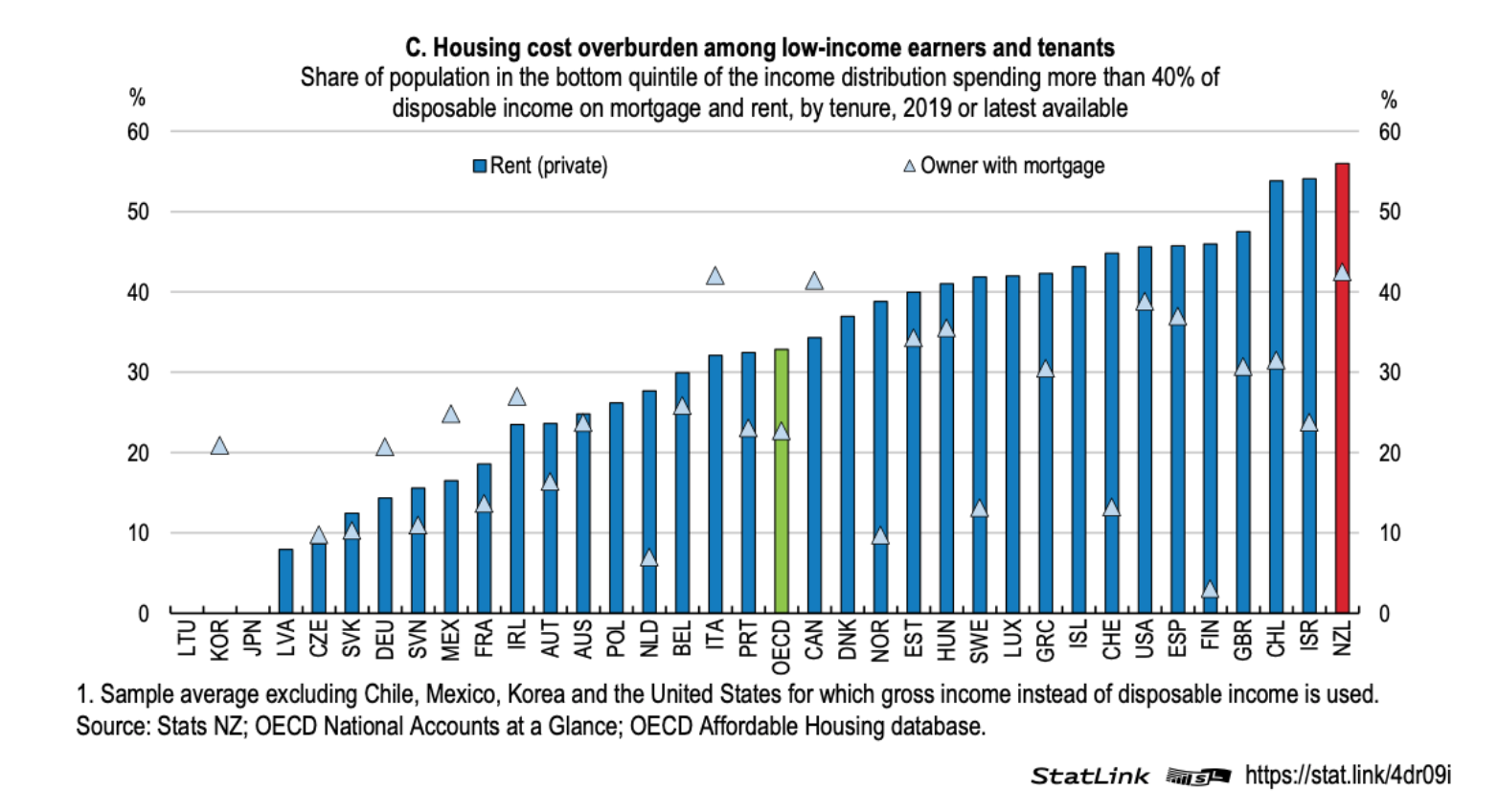