A former high-profile New Zealand television and radio presenter has taken aim at the government and Prime Minister Jacinda Ardern in a controversial and bizarre anti-vaccine rant online over the weekend.

In a video online, Gunn relayed a message saying the worst part of the jab and traffic light system is its ability to “separate us” from one another.

The former presenter then hit out at Ardern claiming mandatory vaccinations are “rape” and that Mother Earth is rising up against a “tyrannical” leader.

…on the upside, it’s nice to know that the Gay Community aren’t getting blamed for earthquakes any more, isn’t that progress?

As for Gaia responding to Jacinda’s announcement on 90% vaccination rates by shaking the earth violently, that’s a special kind of Kooky middle class woman healing with crystals phase level crazy isn’t it?

While I am open to a philosophical and scientific debate on how complex life systems can be construed as living organisms because of their interconnectedness, suggesting that amounts to a sentient consciousness is like saying your pet rock can think.

This is the real world, not Harry fucking Potter land ffs!

I’m old enough to remember Liz Gunn and there was no doubt that in her day she was the mustard. Intelligent, insightful and ruthless, she was the perfect team with Mike Hosking, like an extra pair of jaws for a pack of piranhas.

That she has fallen so deep and so far into the AntiVaxx Rabbit hole is a cautionary tale to us all not to base our understanding of the world from your Facebook feed.

For Liz and the Maori Party, the following is a real representation of what Labour is literally doing this week… 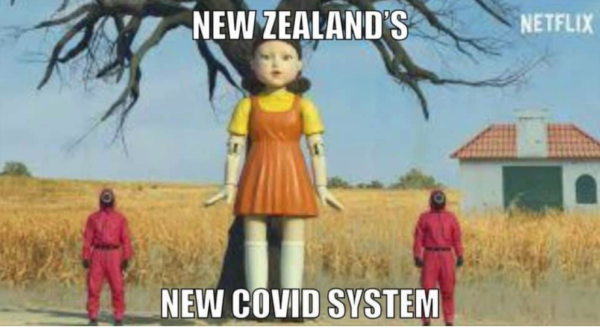 …that’s not a metaphor, for Liz and the Maori Party, Jacinda has literally built a Homicidal Disneyland where Maori and AntiVaxxers are butchered while Grant Robertson bets with Andrew Little on who will win.

According to the Maori Party and Liz Gun, this is actually Ashley Bloomfield… 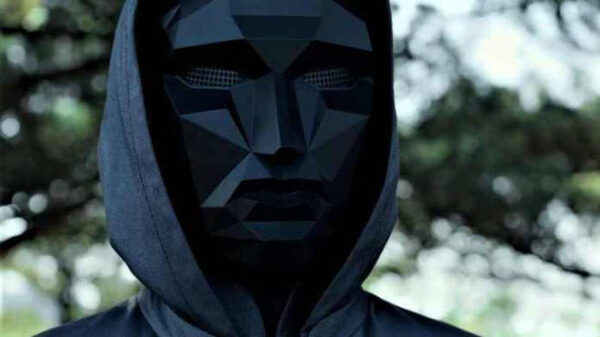 Liz is a Crystal Karen, the middle class new age conspiracy clique who will become culturally ostracised by the vaccine passports. Let’s see if the witchy spirituality magic of fatherless daughters from the first wave of feminism divorce in the 1970s is more powerful a value than her ability to fly to Thailand for a chakra cleanse next year.

Like all Crystal Karens, she just needs a big hug from Dad.

The next few months are going to be frightening and many people will get sick. Get off Facebook and spend time with friends and family.

Being vaccinated protects you from Covid but it must also inoculate you from hate and stupidity.