That’s Dr Cindy to you scumbags!

I’m honestly loving how much right wing trolls are losing their shit at our Prime Minister’s inspirational Harvard Speech.

She has stunned on the International stage once again and she has shown what leadership looks like when another gun atrocity strikes.

There’s a term that gets thrown around a lot – keyboard warrior. It’s used to refer to someone who makes aggressive or abusive posts online, often anonymously. I like the name. In my mind, when I read something especially horrific on my feed, I imagine it’s written by a lone person unacquainted with personal hygiene practices, dressed in a poorly fitted super hero costume – one that is baggy in all the wrong places. 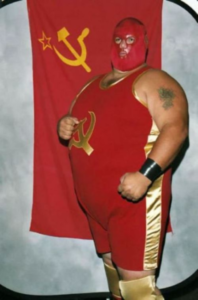 …imagine if that film about Jacinda had gone ahead instead of the woke cancelling it  because Paddy Gower is our new chief Censor?

Remember how that film ‘They Are Us’ could have been a catalyst for a Country desperate to see leadership on gun laws?

Consider the impact of ‘They Are Us’ on America. The script alone of a young white female leader passing gun laws in the wake of a tragedy would get an Academy Award nomination.

‘They Are Us’, could speak to Americans in a way argument and debate doesn’t.

What if a movie about a young white female Prime Minister is the catalyst for Americans to propel some culture change on guns?

What if this art inspires something momentous in America?

We won’t ever know of course because the Wellington Identity Politics crew called the Writer and director Andrew Niccol a white supremacist for placing Jacinda at the centre of a story about her and Paddy Gower felt guilty fucking up the Southern & Molyneux he turned into our chief censor and led a social media Lynch mob and the movie was cancelled because that’s what we do in NZ now, cancel art for woke dogma.

Meanwhile the mountain of dead in America eclipses the sun as the Home of the Brave continue to butcher each other.