New Zealand news
Home Deconstructing Headlines Putin is going to use a nuke – what Xi does next?

It is clear now that Putin’s real danger is not in the pain he is about to inflict, but the pain he can endure.

I called him invading the Ukraine after the Kazakstan coup attempt which the Russian’s concluded was another Western attempt at hybrid war.

While Kyiv is symbolic, I think the real goal here is Odessa and consolidating the East and South of the Ukraine.

Putin is clearly looking to legacy and has planned for a conflict for at least 7 years.

Russian intellectual Alexander Dugin is the main architect of the neo-Russian imperialism called Eurasianism. In a series of lectures, articles, and books, Dugin has sought to “rehabilitate fascism in Russia.” He has borrowed from obscure 19th and 20th century political theories, adopted a sympathetic interpretation of Nazism that attempts to separate it from the Holocaust, and sought to thwart what he and many Russians believe is a conspiracy led by the United States to contain Russia. Dugin has called for a “Russian spring” and the domination of Europe through Ukraine.

…those who surround Putin all believe this grand destiny narrative…

Emboldened by perceptions of the West’s terminal decline, no one in this group loses much sleep about the prospect of an open-ended confrontation with America and Europe. In fact, the core members of this group would all be among the main beneficiaries of a deeper schism.

Consider Putin’s war cabinet, which is the locus of most decision-making. It consists of Nikolai Patrushev, the head of the Security Council; Alexander Bortnikov, the head of the FSB (the main successor agency of the KGB intelligence service); Sergei Naryshkin, the head of Russian Foreign Intelligence Service; and Defence Minister Sergei Shoigu.

Their average age is 68 years old and they have a lot in common. The collapse of the Soviet Union, which Putin famously described as the greatest geopolitical catastrophe of the 20th century, was the defining episode of their adult lives. Four out of five have a KGB background, with three, including the president himself, coming from the ranks of counterintelligence. It is these hardened men, not polished diplomats like Foreign Minister Sergey Lavrov, who run the country’s foreign policy.

In recent years, members of this group have become very vocal. Patrushev and Naryshkin frequently give lengthy interviews articulating their views on global developments and Russia’s international role. According to them, the American-led order is in deep crisis thanks to the failure of Western democracy and internal conflicts spurred by the promotion of tolerance, multiculturalism and respect for the rights of minorities.

…I think the cabal see themselves as part off 1000 year Christian tradition and that this war is for the soul of Russia.

We don’t appreciate the power and importance and motivator Russian Orthodox Christianity plays out in all of this.

In 988AD, Vladimir the Great, whom Putin takes his name from, mass baptised 1000 Russians at the River Nee-Proh in what has become the founding spiritual moment in Orthodox Russian Christianity as the moment Russia became Christian and led to a cultural narrative structure that Moscow is the third Rome and was a homeland for Christianity.

Putin has spent billions rebuilding the Churches smashed down by Communism and uses his relationship with the Church for political advantage. It was the Orthodox Church who first praised Putin for annexing Crimea, a region with much religious importance for the Church.

Recently the Ukrainian branch of the Orthodox Church severed ties with the Russian branchbecause they felt Putin was having too much influence over it.

If Moscow is the third Rome, Kyiv is the second Jerusalem.

Putin sees himself as part of a long line of Christian Defenders of the true faith.

A new angry white Christianity is erupting here with intense violence, and misreading the drivers of Putin means we will fail at stopping him.

If Putin is doing this for God and the soul of Mother Russia, the dead are evidence of faith, not failure!

We keep telling ourselves Putin blundered, but I see a leader who bullied his military into. conflict he intends to settle with terrifying violence.

I believe Putin only sees Russia gaining power from a global order in upheaval where he becomes the Lord of Chaos.

Next stop will be Bosnia/Herzegovina…

As The World Watches Ukraine, Possibility Of Disintegration Looms In Bosnia

…and I believe he intends to seed conflict between Iran and Israel by giving Iran nuclear technology.

In 2017 he saw Dr Strangelove for the first time ever with Director Oliver Stone.

I fear Putin wants to use an extreme event of violence to terrify NATO into freezing. I think that event will either be a battlefield Nuke, chemical weapons attack or bio-weapon.

After that event he will get the Ukraine to agree to anything and I think intends to isolate Russia from the West via cultural and Economic sanctions while he spreads chaos around the world as a major destabiliser.

I think Putin sees himself as a champion of the true Christian faith and the Lord of Chaos. Russia wins when global order collapses.

The real economic pain of the sanctions against Russia haven’t hit us yet, but they are coming.

$5 a litre petrol prices and $10 a loaf bread will cause massive damage here in NZ, imagine how it will impact the rest of the world?

The last time wheat prices were this high they caused a bread price destabilisation throughout the Middle East that sparked the Spring Uprising.  Indeed the Collectivisation of the Ukrainian wheat harvests in the early 1930s had a knock on effect to the economic down turn that resulted in World War 2.

Putin is willing to take enormous economic pain right now to ultimately derail the global economy by the end of the year.

Fear the masochist who can switch into sadism.

How does Xi respond?

John Key’s ‘All our cows in one Beijing paddock’ strategy he pushed during his decade in power has  back fired spectacularly on NZ as geopolitical tensions grow.

…put aside the climate crisis causing gases this intensification causes, put aside the water it steals and pollutes, put aside all that – we have an intense economic relationship with an authoritarian regime that treats human rights like they are optional and who is backing Russia’s terrible war in the Ukraine.

Farmers screamed that Jacinda was a socialist, seeing as Xi is paying their bills and propping up their farms so much, who is the real Red under the Bed here?

When China is putting $5billion into Dairy Farmers pockets annually, I think it’s important of us to ask, ‘who’s your daddy’?

This economic friction will only intensify. Putin has upended the rule based global system and this war in Ukraine with all its ramifications are barely calculated, but China and Russia are bound in this conflict as the first nascent kick of a new power block against the West.

That puts us squarely on the chopping block for geopolitical retaliation in the months and years to come as this new world order  pushes back and China encroaches deeper into the Pacific.

Add the economic stress from China’s zero tolerance approach to Covid which keeps crushing supply chains and we have a perfect gravity of economic stress and geopolitical interests combining to create a double punch to the NZ economy.

That’s why this is so serious…

China and Solomon Islands are set to sign off on a security deal that will see Chinese warships based in the Pacific and shift the balance of power in Australia’s region.

The agreement will give China the power to use its military to protect the safety of Chinese personnel and major projects in Solomon Islands and give Beijing a base for its navy less than 2000 kilometres off Australia’s coast.

The base would be the first time Australia has had a strategic adversary within striking distance of its coastline since World War II.

“China may, according to its own needs and with the consent of Solomon Islands, make ship visits to, carry out logistical replenishment in and have stopover and transition in the Solomon Islands,” the draft framework agreement states.

…this is our Economic Overlord encroaching directly into our Pacific neighbourhood with a military expansion and a surreptitious ‘security’ agreement that protects Chinese interests in the Solomon Islands.

The recent unrest there saw Chinese businesses burnt down by the locals who resent Chinese migration and political influence. By propping up the Government with ‘security’ offers and a Military base to protect those interests, China is stepping into our sphere of influence through insidious means masquerading as security.

It is a bold expansion to announce at a time of geopolitical instability aimed at testing America’s resolve.

this move by China is a dangerous escalation and shows very clearly why it is a national security issue for NZ to decouple its economy from China has soon as fucking possible.

They are an authoritarian, mass surveillance State committing genocide and body organ harvesting for Christ’s sake, I don’t care how much fucking butter and wood they buy, we want to be very much at arms length here.

Likewise, we don’t want to be a stooge for the American Military Industrial complex either!

We need to chart an independent foreign affairs perspective that isn’t beholden to Beijing OR Washington!

“And I heard, as it were, the noise of thunder
One of the four beasts saying,
‘Come and see.’ and I saw, and behold a brown bear” 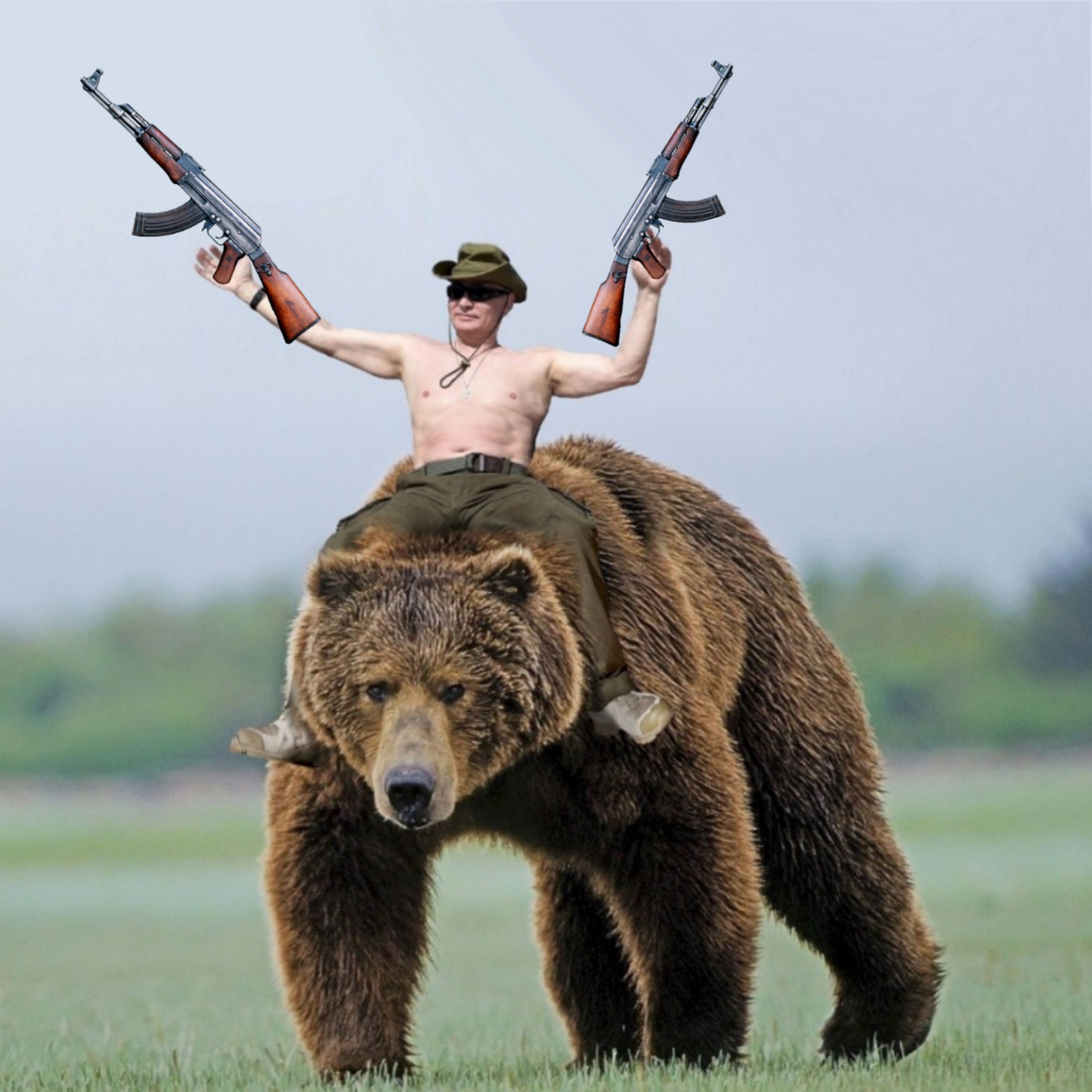