For fucks sake , the culture war on Comedy continues…

With all the outrage over Jimmy Carr’s joke from his Netflix special, I’ve taken some highlights from an old Jonathan Pie video which I think people should watch. Whether you found the joke funny or not, “It’s time to stop thinking comedy can be sanitised” #JimmyCarr pic.twitter.com/5VRHpUrNfe

As for Rogan, his use of that word was in the context of people using the word, not just dropping it randomly into topics for shits and giggles.

How is it that we on the Left have become such Puritan censors?

Why are we doing the book burning now?

Micro aggression policing trigger thresholds where the quickest to take offence wins in a never ending grim roulette of intersectionist grievance where a cacophony of wounds jockey for social hierarchy.

Wokeness has become a puritanical religion with none of the beauty – it’s not so much the personal virtue signal, we are all dicks at times, it’s the weaponization by algorithms that make it so dangerous and damaging.

The woke lynch mob attempting to cancel Carr & Rogan only serve to create more defectors from the progressive movement and alienate potential allies for nothing more than breaches of Woke dogma & thought policing.

The right look for recruits, the Left look for traitors

Imagine if the woke put as much energy into child poverty, climate change and housing as they do cancelling comedians – how much closer to Utopia would we be then?

Meanwhile the planet is melting. If the woke have finished cancelling everyone for jokes they are triggered by, could we possibly move onto the climate crisis? 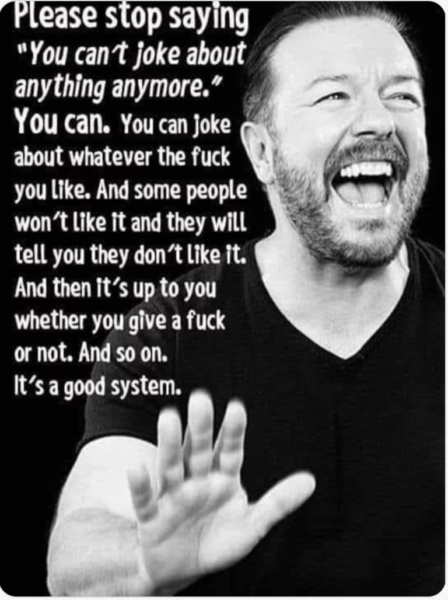