The feud between Sean Plunkett and Duncan Grieve reached a special level recently and in a very awkward exchange highlighted how shallow Grieve’s interpretation of Government communication is while exposing the problem of NZ on Air echo chambers.

The Government giving money for journalism with strings attached is creating big problems for the organisations which accepted it. Some now regret taking the handouts.

…the questionable ‘journalism’ this funds is one thing, the requirement for an editorial agreement before you could ever apply is completely unacceptable in terms of fourth estate journalism…

As it happens, no serious critic is suggesting that the fund, which is administered by NZ On Air, obliges successful applicants to not criticise the Government (or that government officials contact journalists to tell them what to say).

What critics have focused on are the criteria that prescribe how the Treaty of Waitangi should be presented — a point that Forbes, Jennings and Russell conveniently never mentioned.

And the first of the general eligibility criteria requires all applicants to show a “commitment to Te Tiriti o Waitangi and to Māori as a Te Tiriti partner”.

Critics allege that the media fund has a very particular focus and an overriding purpose: to discourage criticism of the government’s push for co-governance with Māori even as it is being inserted into a broad swathe of the nation’s life — from legislation governing the RMA and health to the conservation estate and Three Waters, among many others.

In short, anyone wanting to argue that the Treaty doesn’t imply a “partnership” is very unlikely to get any money. Yet, the question of a “partnership” is exactly what critics of the Government’s co-governance plans — who are alarmed at the prospect of 16 per cent of the population being granted equal say with the other 84 per cent in many spheres of New Zealand life — are contesting.

I have quit jobs because of editorial interference and have been blacklisted by most  corporate media because I refuse point blank not to speak my mind.

I’m never going to apply for Government funding that demands an editorial line.

Journalistic standards – yes, 100%. Anyone taking taxpayer money including our public broadcasters have an obligation to uphold the very best journalistic values, but that’s not the NZ on Air funding demands, it demands an editorial position.

Now, the crazy thing is I absolutely agree with the aims of their editorial position on Maori, but I sure as Christ won’t be told what to fucking write!

This tension gloriously exploded between Plunket and Grieve…

Last week, in an interview, Sean Plunket tweaked Duncan Greive’s nose over his website The Spinoff receiving Government cash — and a lot of it.

In discussing how his own new media site would be funded, Plunket made it clear that he wouldn’t be taking money from the taxpayer.

“In all good conscience, I just couldn’t do it… No money from NZ On Air… no money from the journalism fund. We’d rather run a business that can sustain itself without a state handout, which comes with strings attached.

“And, Duncan, you can’t look at me and tell me that the money The Spinoff gets doesn’t come with strings attached!”

In his reply, Greive revealed a lot about his view of journalism as a commodity when — clearly back-footed — he blustered about the government “procuring journalism or content like it does any other service”.

Plunket, however, wasn’t going to be sidetracked by a novel view of the Fourth Estate as no more important to society than, say, procuring a new payroll system, and pressed home his point: “Do you have to recognise and promote the principles of the Treaty of Waitangi when you get NZ On Air money?”

…if you allow editorial control to go to a Government body, it’s just too easy to manipulate.

The answer is in thinking of the funding in a different way and tailor it more to the realities of social media now.

How many times do we need to remind everyone that if you don’t have well funded public broadcasting that promotes the very best values in journalism, you get what we have on Parliament’s lawns!

The steady rise of conspiracy theories spread on social media platforms risks undermining our society while creating a toxic polarisation and we see external powers manipulating debate on social media to influence elections. This all means that Public Broadcasting is becoming essential for the well being of our democracy.

We have a market failure in Public Broadcasting and we need to think of a TVNZ-RNZ merger as the spine of our public broadcasting body alongside a NZ on Air targeted journalism fund to ensure plurality of voice while also educating the public on fake news.

1 – RNZ-TVNZ merger – the spine of our public broadcasting vision.

The RNZ-TVNZ merger should be occurring immediately with the following inclusions.

Google & Facebook charged a percentage on all revenue from NZ, that money is specifically ring fenced to a contestable fund available through NZ on Air.

3 – NZ on Air ‘Read between the Flags’ Kiwi journalism

This fund would be where Facebook and Google tax goes to. In a world of disinformation, we need journalism we can trust. We all get the ‘swim between the flag’ model of surf life saving, NZ on Air should be given extra funding for ‘Read between the flags’ Kiwi Journalism. This money is to ensure plurality of voice for independent media, Māori media, specific communities,  news blogs and mainstream news media who become eligible if they agree to a set of Journalistic Principles. If you do agree and sign up, you are entitled to funding and must have a Kiwi Journalism flag on your site to show you are obliged to the Journalistic Principles Code of conduct.

You would have an awareness campaign to urge NZers to ‘read between the flags’ for trusted information.

4 – Promoting Journalism in the Pacifc to counter other influences

Māori TV & Māori Radio need a baseline increase rather than extra budget for collaborations because the bigger players give very little back.

The NZ population has always been too small for advertiser funded journalism, it has ALWAYS needed State support, add a broken market where social media takes all the revenue while providing none of the journalism and you have a hollowed out Fourth Estate that can’t be a watchdog to anything other than their own self interest.

It’s the same people saying the same thing to the same echo chambers.

The feral lunacy playing out on Parliament’s Lawns is a warning that disinformation campaigns can wreck the trust in our system, a strong public broadcaster like a merged RNZ-TVNZ alongside an expanded NZ on Air journalism fund paid for via taxes on the social media currently gutting traditional journalism would be a bold vision that would seek to genuinely rebuild public broadcasting.

Instead we got ‘Have you been paying attention’ level journalism. 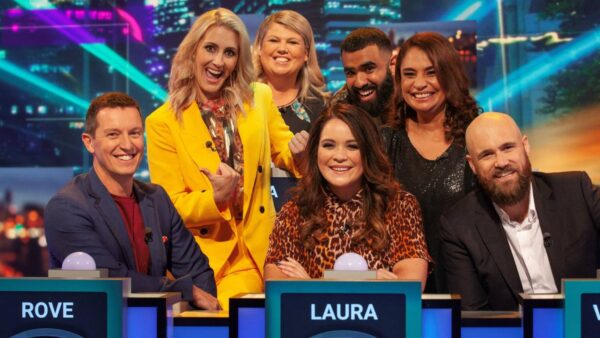