As the country screams for get tough on crime solutions to the spate of ram raids, Jack once again calms down the Lynch mob and has on a psychologist who is explaining that these kids are the most damaged in NZ and that we need to be calm in our response.

I think the adults need to take over the ram raid debate and seek means to de-escalate this rather than add fuel to the fire.

I appreciate and fully acknowledge seeing children commit organised crime like this is genuinely concerning to the wider community.

But I beg us all to take a deep breath, appreciate the uniqueness of this moment and the extreme pressure on so many people right now.

I’ve said from the beginning that Covid is a triple peaked crisis, the first was the physical impact on physical health, the second was the economic impact and the third was the impact on mental health.

Human Beings are social creatures, the worst punishment is isolation – we’ve all gone through a unique universal experience and it’s damaged many.

We are seeing that mental health pressure exploding everywhere from the Dumb Lives Matter protest on Parliament’s Lawns, to domestic violence, to fights in Supermarkets to a spike in crime, to the increasingly toxic online misogyny,  to the Wellington Middle Class Marxists screaming to send in the military to bash protestors they didn’t like…

…everyone has been impacted mentally by these unprecedented times and the true cost is yet to be felt.

Polling for the Mental Health Foundation found 36 per cent of people surveyed were experiencing poor emotional wellbeing, up from 27 per cent a year ago.

Add to all of this stress the enormous jump in rents and cost of living crisis and you have desperation, anxiety, anger and fear all combining into the current maelstrom.

These damaged kids need our help, their criminality is a reflection of a gated neoliberal society who enrich the wealthy while providing crumbs for the poor.

The economic outlook is far more grim than we are admitting and these pressures are only building. 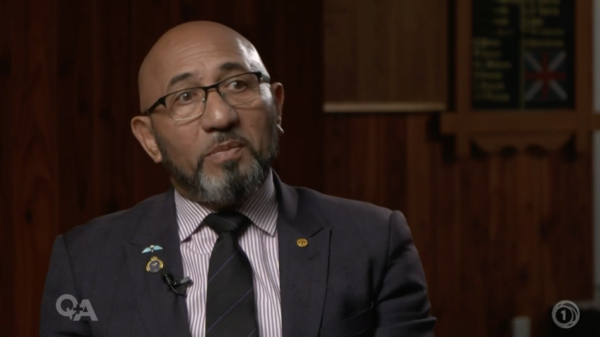 Ron Mark is on warning of war and he has the insight to provide this oversight.

I believe that the climate crisis means we need a vastly larger military to cope with civil disasters and if we are attempting to distance ourselves from China and America, we need to make a decision to dramatically lift what we spend on the military for purely defensive capacity.

How would we go about defending the realm of NZ and all our economic exclusive zone?

Currently we spend 1.5% of GDP on our entire military, to defend the full realm of NZ and pursue an independent foreign policy, I argue we need to push that up to 3%.

Note – NZ should only build up its military to defend our full territory (NZ islands, EEZ, Ross Dependency, Tokelau, Cook Islands and Niue). Any upgrade of our military is for purely defensive purposes, not for military adventure or invasions.

We can’t pull away from America and China and pretend there is no cost to being Independent.

With the climate crisis looming, we need that debate now.

We also have the geopolitics of it.

A Chinese politics specialist has called the deal between the Solomon Islands and China a “game-changer” saying New Zealand could be cut-off US military support.

…the real danger here is the Chinese Fishing Militia that will use it as a base to raid deep into fisheries.

We need to protect our fisheries.

If you are going to recognise the problem, the solution has to be legitimate.

I maintain we must have an independent foreign policy and that our stance must be friend to all, enemy to none, but we will urgently need to protect what is ours and acknowledge how the climate crisis will demand more civil emergency infrastructure and assets.

We need a complete review of our defence force and massive increase in spending.

Ron Mark understands all these challenges and his views hold real weight.

His back hand to the current Minister of the Army is the most honourable character assassination ever broadcast on NZ TV.

He needs to be back in the game, he understands the reality of the unfolding crisis in front of us and the necessity to build our armed forces.

It’s sad that he was so bitterly betrayed by NZ First.

Great show by Jack. Fell asleep during the tax debate.