Labour Day became a national holiday in New Zealand in 1899. It was to commemorate and celebrate the rise of worker powers and how the earliest Pakeha settlers coming to New Zealand fought to create a fair balance of power between the boss and the worker.

Samuel Duncan Parnell came to New Zealand on the ship Duke of Roxburgh in 1839. He was a carpenter who was deeply impacted by the arguments of the day that people should be allowed 8 hours sleep, 8 hours to live their lives and 8 hours to the boss to work. He refused to join his Union in England because they refused to make an 8 hour working day a priority.

Once in New Zealand, Parnell refused to work for anyone who wouldn’t accept his 8 hour working rule and actively went and met new workers coming off the ships arriving in NZ to tell them of the 8 hour working culture he was trying to create.

The bosses tried to resist and tried to force workers to work later, but it became standard working hours in NZ after workers began simply walking off the job if a boss tried to force longer hours.

Fast forward to the NZ working environment of today and we see that Parnell would weep at how workers have been beaten into neo-feudalism. Many workers are over worked and many others are under worked. Many have a precarious working arrangement and have zero job security while health and safety in this country remains one of the worst in the developed would.

Worker deaths are made the workers fault.

Th pandemic has made this all worse.

The Right wings war on Unions in NZ have successfully crushed most into irrelevance and this has happened while worker rights and safety has gone backwards.

When we ‘celebrated’ Labour Day weekend today, there really wasn’t a hell of a lot to praise, and the same can be said of the modern Union movement. 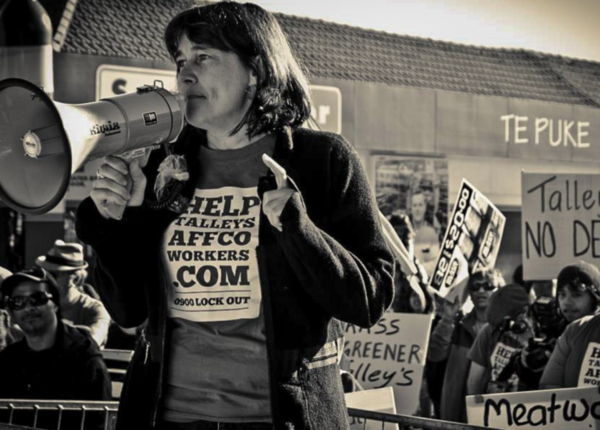 Helen would aways say to me, “tell their stories”.

Helen was convinced that if the rest of NZ could see the stories of workers and the terrible work conditions they were forced to endure, then NZers innate goodness would generate empathy and demand change.

Helen fought her entire life for the workers of this country, it was immensely angering that she couldn’t get the cannabis medicine she needed in her final months.

5 years since Helen Kelly died and her passing still hangs like a giant black hole over the entire Union movement.

WHERE HAVE THE UNIONS BEEN during the Covid-19 Pandemic? That the question can even be posed suggests that something is very wrong with the New Zealand labour movement. After all, the answer should be all around us.

At its high-point, under the late, and sorely missed, Helen Kelly, the New Zealand Council of Trade Unions (CTU) liked to present itself as the largest democratic organisation in New Zealand. With upwards of 300,000 affiliated members, that claim was no idle boast. As Kelly proved, the CTU has always possessed the potential to do an enormous amount of good.

So, where has it been? Why hasn’t its current president, Richard Wagstaff, become a household name during the pandemic? Up there with Ashley Bloomfield, Michael Baker, Shaun Hendy and Siouxsie Wiles? Where was the tireless advocacy for essential workers: the people who stood at the check-out counters, drove the trucks and operated the warehouses? When supermarket workers came under attack from the stupid and the selfish, why were they defended with more passion by their bosses, than by the CTU?

…Helen Kelly wouldn’t have put up with the glib asthetics of wokedom, there was too much work to be done at the coal front than arguing over pronoun use.

Luckily for the insipid Union movement, the ghost of Helen returns with the Fair Pay Agreement which she wrote and went far further in building worker power via universal Union membership than anything the CTU was offering.

A post growth capitalism in a climate crisis world requires new thinking that the Unions should be leading instead of their tedious promotion of pro noun use.

Universal Basic Income, 4 day working weeks, not for profit community wrap around service employment, Financial Transaction tax to shift tax burden from workers to Corporations and universal Union membership are necessities to cope with the magnitude of change coming.

Come on Union movement, Helen’s Ghost can’t do all the heavy lifting. 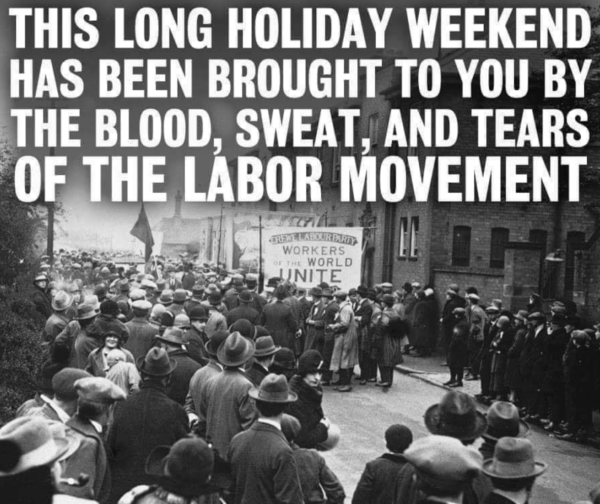