New Zealand news
Home Deconstructing Headlines Labour are behind on donations, now why would that be?

“Worrying” is the term the Labour Party’s most senior official has used to describe Paula Bennett’s $1.8 million fundraising for the National Party.

Rod Salmon is fucking hopeless so he should be worried.

The issue here has been building for some time, here’s what is going on.

Since the last National Party Conference that re-elected Peter Goodfellow as President, the big money barons in Auckland took over control of the Party because they wanted Judith to focus on one thing and one thing only, Fair Pay Agreements.

There are two planks that hold up the entire economy of NZ.

The first is stealing land from Māori and NEVER paying the full cost of that they back and the second plank to the NZ economy is the de-unionised work force that keeps wages lower than Australia and allows big money to operate a labour force dependent on cheap immigration.

The big money in NZ has realised that the FPAs represent the greatest tool to force them to pay more for workers, and there is no way in hell they are going to allow that ti happen.

So huge money is now being donated to National with one focus, and one focus only – stop the Fair Pay Agreements.

To date, this is how the Union Movement think they will win over voters… 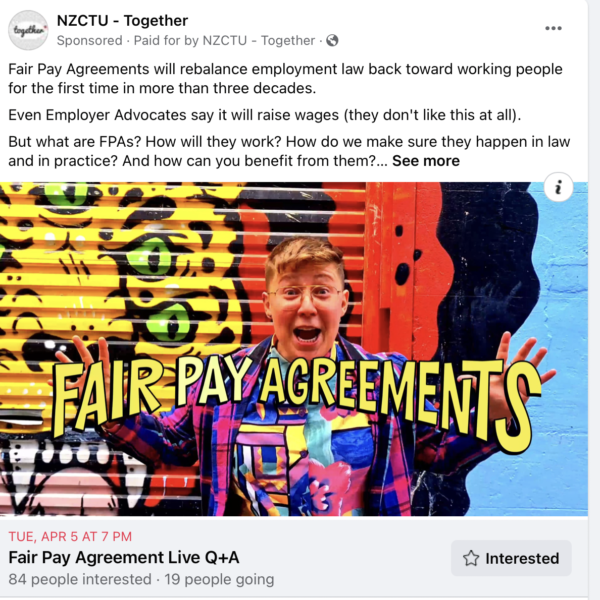 …hmmm. Y-e-a-h. Might need to work on that. Maybe less colour?

Big Money in NZ has accepted Labour in power because while in power, Labour have done sweet fuck all to challenge their business interests, with FPAs though, Labour threatens their total dominance over a de-unionised work force.

They will never allow that to happen.

The fight for Fair Pay Agreements is probably one of the most important in NZs class history.

The Right understand that, the Left unfortunately are a buggers muddle of identity politic virtue signals masquerading as class consciousness.

The surface issues the 2023 election will be fought over will hide the real battle that Big Money are funding, and that’s about killing off any last chance to reverse the mistakes of the neoliberal revolution and unionise the NZ workforce. 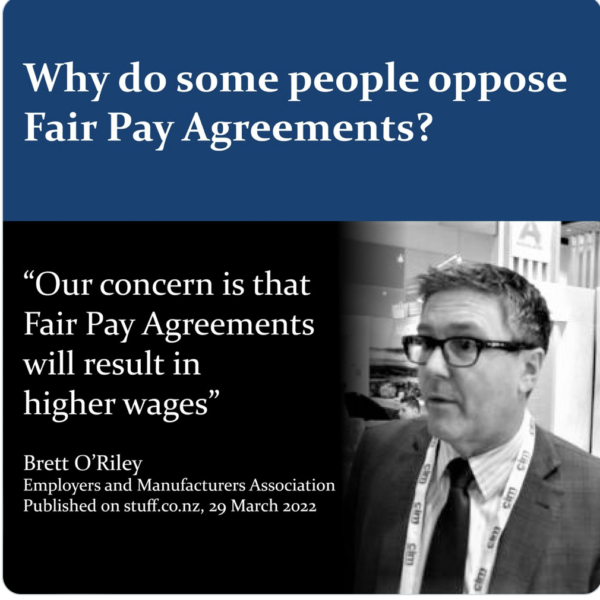