As America is once again bathed in the blood of innocents – from sea to shining sea, we are stuck in an obscene Ground Hog Day of never ending murder masquerading as rugged individualism and the right to bear arms.

When all is said and not done in America, after all the empty thoughts & prayers, beyond the toxic bad faith arguments, the simple fact remains, teenagers shouldn’t be able to buy machine guns… 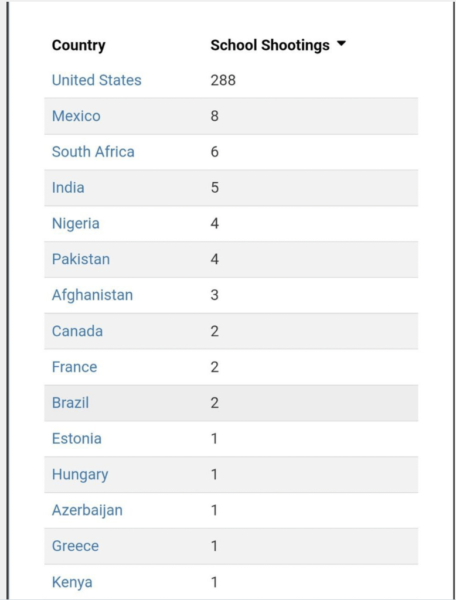 …Whenever a gun atrocity occurs in America, the NRAs response is always ‘more guns’

We must NEVER allow these gun nuts to gain the power they have in America here in NZ!

The jackboot of the State must be forever on the throats of those who seek to own machine guns.

For those screaming at me that I’m calling semi-automatic rifles ‘machine guns’, go get fucked.

Meanwhile, Jacinda’s courage to force a gun buy back and make a stand against these gun. fetishists shines righteously on the international stage before she gives the Commencement speech at Harvard this year…

Guns and gun control were high on the list of topics for discussion as Prime Minister Jacinda Ardern mounted a quick series of meetings in Washington DC.

The talks, which were originally going to be on China’s rise and New Zealand reconnecting with the world, took a turn towards gun control in the wake of Wednesday’s shootings in Texas.

In particular, New Zealand’s legislative response to the March 15, 2019 mosque shooting has captured lawmakers’ interest. There is also significant interest in the Christchurch Call, which has been a signature foreign policy push of Ardern’s to combat extremism online.

…imagine if that film about Jacinda had gone ahead instead of the woke cancelling it  because Paddy Gower is our new chief Censor?

Remember how that film ‘They Are Us’ could have been a catalyst for a Country desperate to see leadership on gun laws?

Consider the impact of ‘They Are Us’ on America. The script alone of a young white female leader passing gun laws in the wake of a tragedy would get an Academy Award nomination.

‘They Are Us’, could speak to Americans in a way argument and debate doesn’t.

What if a movie about a young white female Prime Minister is the catalyst for Americans to propel some culture change on guns?

What if this art inspires something momentous in America?

We won’t ever know of course because the Wellington Identity Politics crew called the Writer and director Andrew Niccol a white supremacist for placing Jacinda at the centre of a story about her and Paddy Gower felt guilty fucking up the Southern & Molyneux he turned into our chief censor and led a social media Lynch mob and the movie was cancelled because that’s what we do in NZ now, cancel art for woke dogma.

Meanwhile the mountain of dead in America eclipses the sun as the Home of the Brave continue to butcher each other.