New Zealand news
Home Deconstructing Headlines If James Shaw yawns in a carbon sink forest, did the climate notice? If this is our ‘Nuclear Moment’, Lange is weeping
Ministry for the Environment posts ‘Blah Blah Blah’ in outline of emissions tool

The Ministry for the Environment has shut down a web page detailing an emissions projection tool following an error where it posted the words “Blah Blah Blah” three times.

A screenshot of the Ministry for the Environment website showed a page originally said: “Here are some the actions currently being taken by New Zealand to mitigate against climate change.”

This was followed by bullet points which said “Blah Blah Blah” three times. 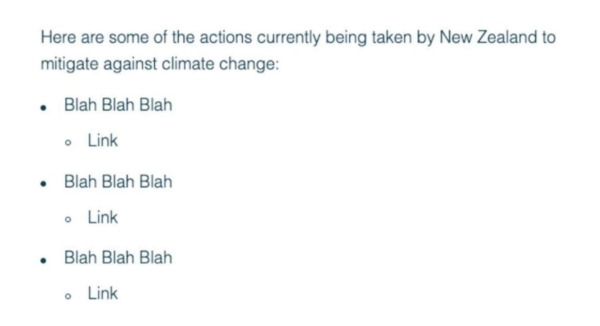 The Government announced their sophistry this week around emissions to make NZ carbon neutral by 2050 as our solution to the climate crisis.
I say sophistry because it is.
If you believe as I do that the climate crisis is an existential threat to our species you will note that:
By 2030, over 50% of the oceans will be collapsing as bio-habitats.

By 2030, 122million will be driven into extreme poverty as  direct result of climate change.

By 2030, 100million will die as a direct consequence of climate change.

By 2030, even if the Paris Agreement is actually implemented, we will see a planet warm to 3.4 degrees by the end of this century

By 2030, the global annual cost of global warming will be $3trillion.

By 2030, the number of extremely hot days — classified as maximum temperatures of more than 35C that can kill— are tipped to climb in all capital cities.

To appreciate how weak the Government’s proposals are, National and BusinessNZ have already signalled their support, which begs the question, if James Shaw yawns in a carbon sink forest, did the climate notice?
If you think being carbon neutral by 2050 is the solution, you are part of the problem.
There are 10million cows in NZ,  a cow produces 14times faecal load as a human, that’s equivalent to 140million people shitting into our waterways – where’s the realisation of that in this emissions plan?
We are not looking at true energy self sustainability utilising solar, wind or tidal technology.
We are not funding community resilience or decentralised food supply chains.
We are doing very, very, very little to combat the true scale and danger of the climate crisis.
And the crisis is happening now.

Before Putin invaded the Ukraine, global grain production had already plummeted in 2022 due to massive climate crisis global droughts impacting harvests and interrupting the agricultural calendar.

Russia & Ukraine produce 12% of all globally traded calories and the shut down of exports and war damage to farms has devastated food and fertilizer production which will trigger food riots throughout the Middle East and South America.

I’ve been arguing that our inflation will hit double digits by December because we are grossly underestimating the Apocalyptic impact of global War, Famine, Pestilence and Death.

In the light of the threats to us in the here and now, this document trying to determine the future seems hopelessly compromised.

If this is our ‘Nuclear Moment’, Lange is weeping. 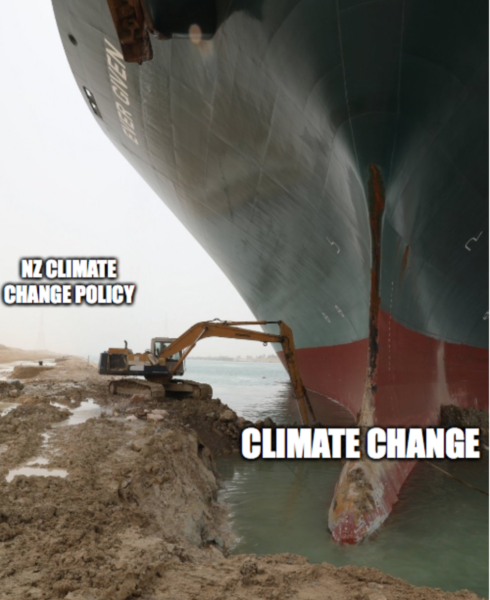