Israel has an international programme of propaganda to gain “legitimacy” and “normalise” its brutal oppression of Palestinians. Doc Edge has become part of this propaganda drive.

The Occupied Palestinian Territories were to be part of a Palestinian state but Israel has prevented this by building hundreds of illegal Jewish-only settlements across the area and brought in 600,000 Israeli settlers. Now they claim it is part of Israel.

The Aotearoa New Zealand government, and the entire international community, do not support Israeli claims to the Occupied West Bank but Doc Edge, who say they selected the film for the festival, is happy to promote the crude propaganda lie that this is part of Israel.

This film wants to literally “wipe Palestine from the map”

Can you imagine the outcry if a festival film wanted to “wipe Israel off the map”?

More background to the issue is here. And the call to boycott the festival from PSNA is here and from Palestinians in Aotearoa Co-ordinating Committee here  is here

Take action now to have this film removed from the festival!

Please write to the festival board and organisers to have this film withdrawn: 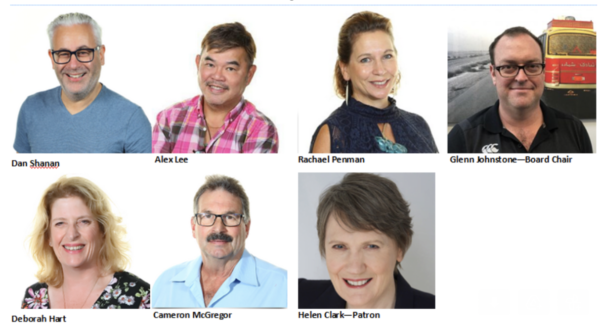 Palestinian human rights groups and PSNA have called for a boycott of the film festival by film producers and the public until official Israeli government financial support is withdrawn which will occur if the propaganda film they are promoting “Dead Sea Guardians” is withdrawn from the festival.