June 8, should be remembered in America as a ‘day of infamy’.

On June 8, 1967, the USS Liberty, an unarmed electronic surveillance ship, clearly marked as an American vessel, on duty in international waters, was bombarded by fighter jets and torpedo boats of a foreign power.

An act of war surely. Think of the precedent! In 1898, the US battleship Maine mysteriously exploded and sank in the harbour of Havana, Cuba. Spain, the colonial ruler of Cuba, was blamed . ‘Remember the Maine’ howled the American ‘yellow journalism’ of William Randoloph Hearst.  President McKinney was pressured to declared war on Spain, a war that became known as the Spanish-American War.

In June 1967, the USS Liberty was stationed in international waters off the Sinai Peninsula at the time of the Six Day War. Israeli fighter jets and torpedo boats fired on the Liberty for 2 hours, killing 34 sailors, wounding 173 others and nearly sinking the ship.The Liberty attempted to radio for assistance, but  Israeli aircraft blocked the transmissions. Eventually, the ship was able to make contact with the U.S. Carrier Saratoga. Fighter jets  were dispatched to defend the Liberty. When word of their deployment reached Washington, however, Secretary of Defense Robert McNamara ordered them to return to the Saratoga.

The Liberty didn’t sink. Her commanding officer, Captain William McGonagle was awarded a Congressional Medal of Honor for saving her. President Johnson, breaking with tradition, refused to award the medal personally, and refused to hold the ceremony at the White House.

Israel admitted attacking the Liberty but claimed that they thought it was an Egyptian ship. President Johnson accepted the Israeli explanation and cancelled investigations. “We will not embarrass an ally” the President said.

The surviving crew members were sworn to secrecy. The attack on the USS Liberty has been buried.

Not completely buried, at least not while any survivors are still alive. They want their their story to be made public.

Survivors and other Navy Officers and former CIA analyst Ray McGovern, are convinced that intercepted Israeli communications show that it was Israel’s intention to sink the ship, killing all the crew. By flying unmarked planes, the Israelis hoped to  blame the attack on Egyptians and thus convince the US to go war with Egypt.

On 08 June of this year, 2022, survivors gathered, as they have every year, at the memorial to their slain collegues in Arlington National Cemetery.

As the president of the USS Liberty Veterans Association, Larry Bowen explained,   “For 55 years, we’ve tried to honor the crew, with little to no support from our government, just like the lack of support we received when we were under attack. Our government has tried to cover the entire attack up as a mere accident. Nothing could be further from the truth.”

Joe Meadors, one of the survivors, added, “Americans deserve to know the truth about what happened.” He voiced the anger of himself and his colleagues about the censorship, “We’re fed up with it.” Meadors was in his 20s when the attack took place. He and the other survivors fear that when they are dead and buried the history of what happenned will be buried too.

Why is this story of the Israeli attack on the USS Liberty still being suppressed?  Why won’t the US Government  allow the truth to come out, even now, 55 years later?

Why isn’t 08 June remembered as a ‘day of infamy’?

Imagine the repercussions should an American ship anywhere be attacked by Cuba or Venezuela or Iran or Russia or  China! 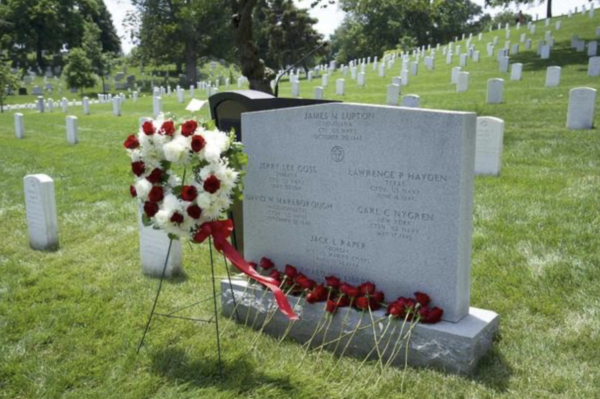