I’ve lost count of the number of times Labour Party leaders have told us they have turned their backs on neo-liberalism and are now forging ahead in a new direction. It happened first in the 1990’s when Helen Clark took over as leader and I remember a Labour Party activist telling me “Helen is turning her back on Rogernomics – she wants to rebuild the party on its old core values”.

I was thinking of this reading Anne Gibson’s story “Sale of the Century 55% – 60% of Auckland’s large scale state land to be sold for private ownership” in the New Zealand Herald this week.

Sale of the Century indeed. So far $246 million on crown land has been sold from an expected several billion over the next 15-20 years.

Isn’t this the biggest privatisation of state assets since Labour sold Telecom (now Spark) in 1990 for $4.25 billion?

Housing minister Megan Woods will go down in History somewhere alongside Roger Douglas.

But it’s much worse that this. Selling vast swathes of state land in our biggest city to private developers in the middle of the biggest housing catastrophe for low and middle-income tenants and families since the 1930s beggars belief.

Imagine how Megan Woods as opposition housing spokesperson would assail any National government doing this. Imagine the seething anger in her voice as the cried out for the poorest and most vulnerable living in cars, vans and shoddy motels.

But Megan Woods is the minister responsible for this economic, social and human debacle.

The latest state house waiting list numbers – only for those in very serious housing need – keeps rising at more than double the rate Labour are building state houses. As at March 2022 it stands at 26,868. When Labour came into government in 2017 it stood at just 5,844.

8,700 of those on the waiting list are in Auckland where the sale of crown land is the most intensive.

Last month Ardern told parliament this Government has built more than 9,000 public homes, “more homes than any government since the 1970s”.

What Ardern didn’t reveal was how many state houses were demolished in the same period. When Labour came to office in 2017 there were 63,204 state houses available for rent. Today that number stands at 68,765 – in other words a net increase of 5,561 houses over 4 ½ years or 1,236 per year.

Put another way – over the past year there has been a net 907 increase in state houses available for rent while the state house waiting list has increased by another 3,000.

Over the last year the waiting list has increases at three times the rate the government is providing more houses.

Meanwhile on its website Labour makes this claim under “Our achievements” 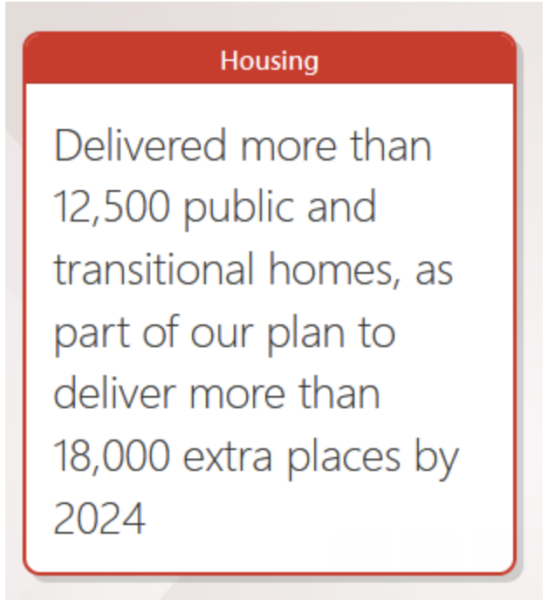 At best it’s political spin – at worst delusional. Does anyone in the Labour cabinet actually believe this rubbish? Just adding up a pile of aspirational numbers doesn’t put families into homes – the state house waiting list is 26,868 and still rising after four and half years of “kindness”.

Where are the Labour Party activists and members who stand by and watch this absolute train wreck of a policy. Once upon a time a Labour membership would have shredded a minister and a housing policy which funds just 1600 extra state houses each year (8,000 places over five years). And it’s not even meeting its own pathetic target.

Far from claims to have turned its back on neoliberalism, Labour has given it fresh impetus under a policy of mass privatisation of former state house land and “being kind to landlords”. Neoliberalism is part of the Labour Party’s DNA.

From crisis to catastrophe to tragedy. Hang your head in shame Megan Woods.