Key asked Ardern whether she was concerned the build-up in Government debt in recent years – debt has built up during the COVID-19 pandemic – will have to be repaid by young New Zealanders.

“Do you think that this is fair?” Key said.

Ardern laughed upon hearing it was Key, saying she was missing Question Time “but I feel I’m not getting too dissimilar a question here in the room”.

Bernard Hickey out with the sickest burn today on Max Key, and the wider Rights, argument that this Government have sunk us beneath an ocean of debt, when comparably it hasn’t… 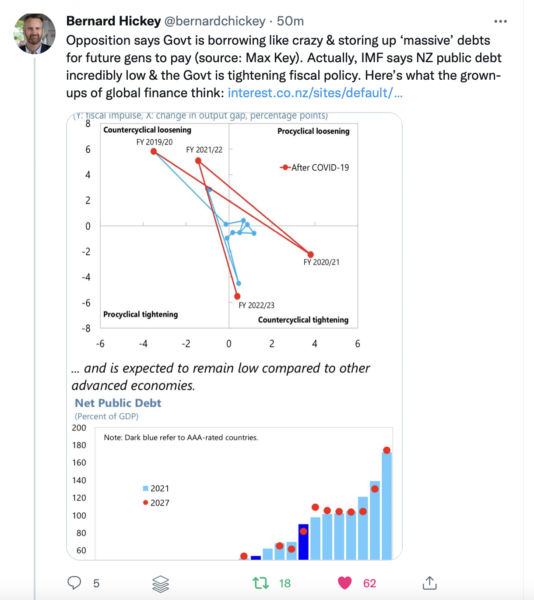 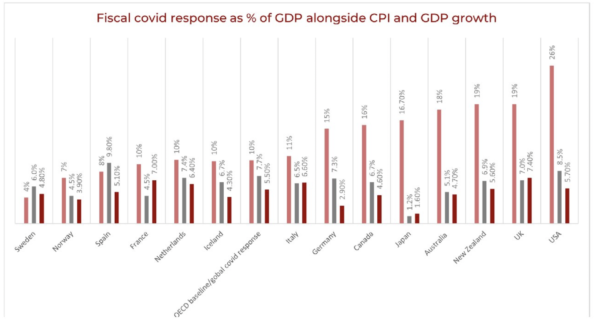 There are many genuine reasons to complain about Labour, but pretending Government spending is causing all inflation and that the State shouldn’t borrow more aren’t two of them!