The decision by Doc Edge to retain the Israeli embassy as a financial supporter of the Doc Edge Film Festival means Palestine Solidarity Network Aotearoa is calling on film makers and the general public to boycott the festival.

For 17 years Palestinians have been calling for BDS (Boycott, Divestment and Sanctions) against Israel to pressure it to end its military occupation, repeal its apartheid laws and allow Palestinian refugees to return to their homes. A festival boycott is in support of these aims.

Yesterday the festival issued a statement claiming to be “apolitical”. 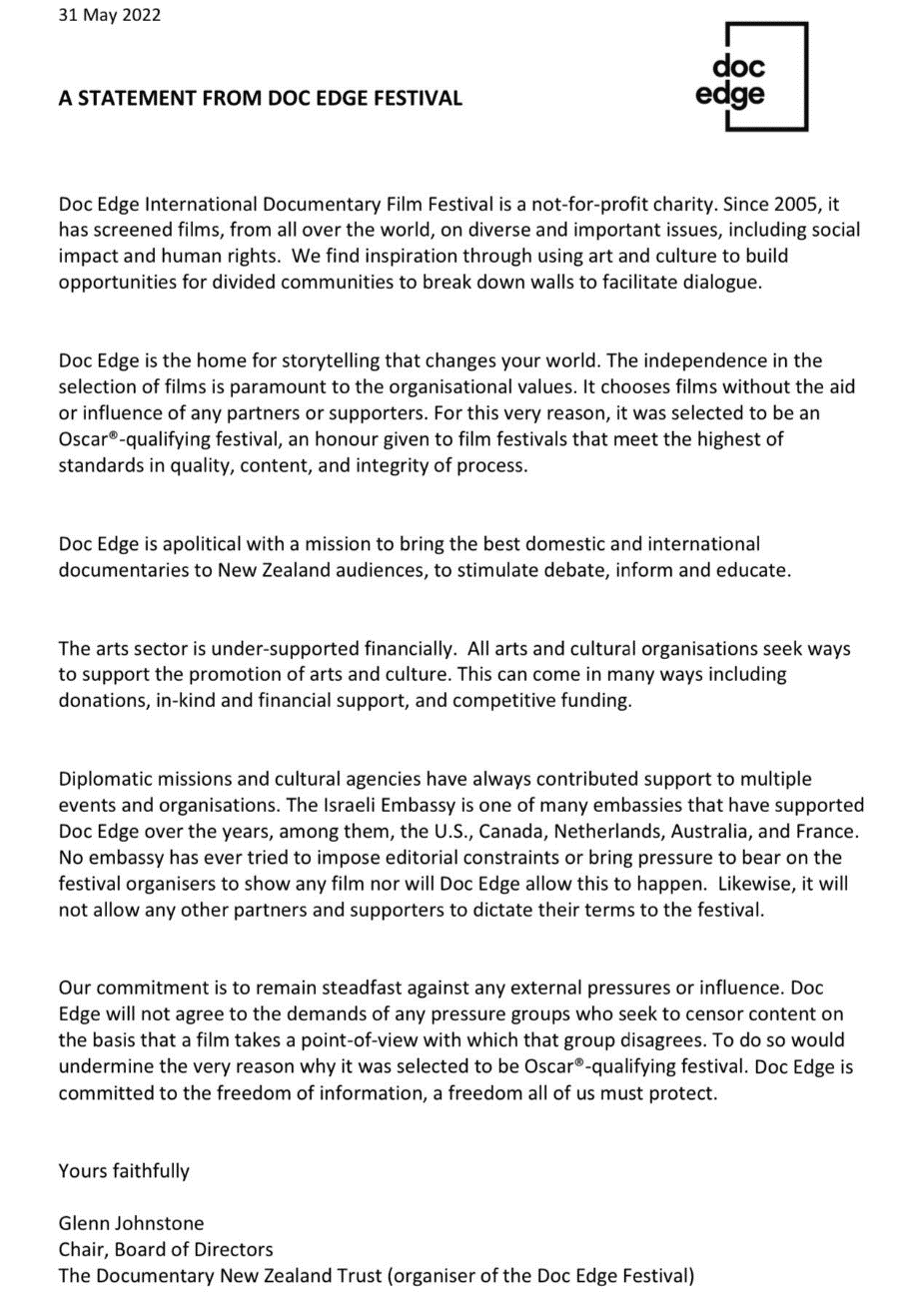 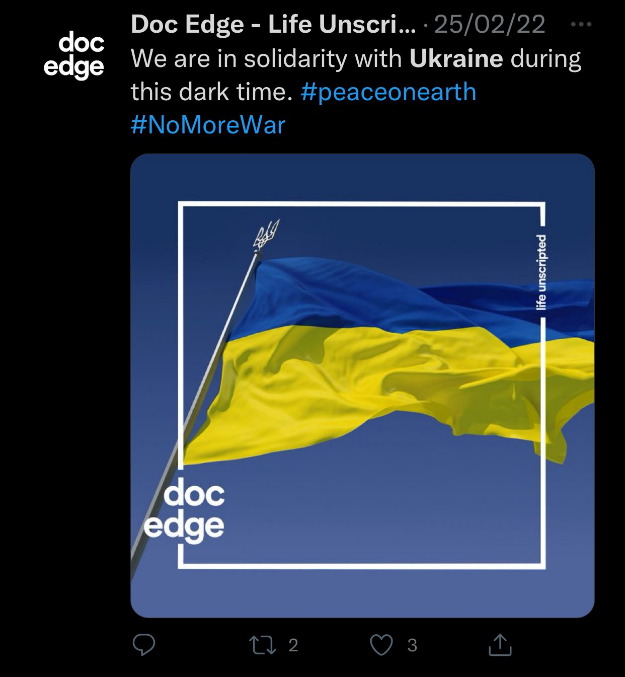 Perhaps it’s the eye-colour of the victims which makes the difference for Doc Edge.

Israel has an international programme of propaganda to gain “legitimacy” and “normalise” its brutal oppression of Palestinians. Doc Edge has become part of this propaganda drive.

Here is how Doc Edge is promoting the film:

The Occupied Palestinian Territories were to be part of a Palestinian state but Israel has prevented this by building hundreds of illegal Jewish-only settlements across the area and brought in 600,000 Israeli settlers. Now they claim it is part of Israel.

The Aotearoa New Zealand government, and the entire international community, do not support Israeli claims to the Occupied West Bank but Doc Edge, who say they selected the film for the festival, is happy to promote the crude propaganda lie that this area is part of Israel.

This is an added reason to boycott the festival.

PSNA is putting out a call for film producers to withdraw their films and the public to boycott the festival.