New Zealand news
Home Deconstructing Headlines But, but, but, Charlotte Bellis and her friendly journalists in NZ claimed Jacinda was worse than the Taliban!

But, but, but, Charlotte Bellis and her friendly journalists in NZ claimed Jacinda was worse than the Taliban… 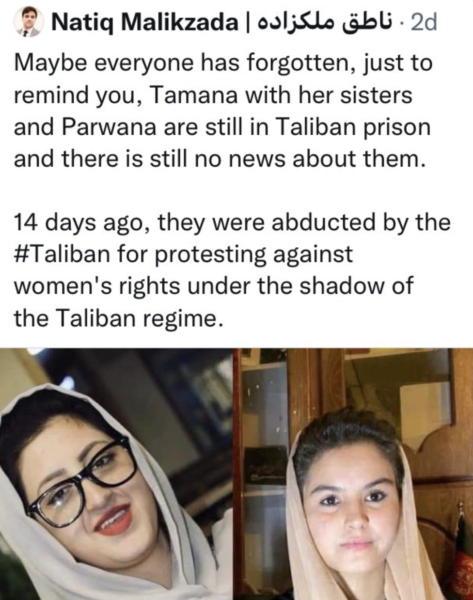 …but, but, but, Charlotte Bellis and her friendly journalists in NZ claimed Jacinda was worse than the Taliban…

Homeless Afghan drug addicts have been forcefully taken by the Taliban to overrun treatment centres, where they are subjected to horrific conditions.

Witnesses have described the centres as reminiscent of concentration camps, where patients are crammed in three to a bed with little or no food.

They’ve been forced to eat grass and cats, reports say – and some have even turned to human flesh to ward off the hunger pains.

To pretend that an MIQ process is comparable to cannibalism in prisons is mentally ill.

How the fuck is this petty MIQ issue eclipsing the fact that we’ve supported sanctions on Afghanistan that are seeing 23million starve – remember there’re 40 million of them, that’s over half are starving.

They are predicting over a million dead kids starving to death from famine.

A famine we imposed upon a country we almost occupied for 2 decades!

CONGRESSIONAL PROGRESSIVE CAUCUS Chair Pramila Jayapal, D-Wash., secured a vote Thursday on President Joe Biden’s refusal to release to the Afghan central bank $9.4 billion of its own foreign reserves. It marked the first-ever vote on the White House’s lethal policy of asset denial that’s causing the displacement, starvation, and death of millions of Afghans.

The US economic war on Afghanistan amounts to a humanitarian crime

The war in Afghanistan did not end when US and UK troops left Kabul airport last year; it merely took a different, but still lethal, form.

The response of President Joe Biden to the military humiliation inflicted on America by the Taliban has been a scorched-earth policy designed to cause the maximum amount of economic damage to what was already one of the world’s poorest countries.

Prosecuting this war by other means involved freezing Afghan state assets held in New York. It meant the threat of sanctions against banks and other foreign companies doing business in Afghanistan. It has involved halting payments from the World Bank’s Afghanistan Reconstruction Trust Fund (ARTF). It meant no emergency Covid-19 financial help from the International Monetary Fund.

…isn’t it incredible that all the woke identity politics journalists in NZ could jump up and down about a pregnant journalist comparing Jacinda to the Taliban but none of them can seem to write about the starvation punishment we are putting on Afghanistan for having the audacity to kick us out from occupying their country?

This entire fiasco is a reminder that there is no power on earth that can compete with white middle class feminism. It’s so powerful it can eclipse 23 million starving people.