National finally overtake Labour in one of the main polls.

The Cost of Living crisis, Labour’s refusal to do anything meaningful on housing, mental health and poverty have all combined to eclipse saving us from Covid.

The Greens have failed to make any political traction despite Labour’s self inflicted hot mess and ACT have been deflated.

Luxon’s luck continues to hold and despite his total lack of real leadership and his inability to answer basic questions,

Luxon shouldn’t be anywhere near the 20s in terms of support, his total lack of ability is obvious but voters have become so polarised against Jacinda they would elect a polished turd and call it a sparkly chocolate bar.

Labour are losing support because they can’t betray neoliberal economic settings to help their supporters and the Greens have become so fixated on their own woke dogma they’ve disappeared up their own arseholes.

As TDB has been pointing out for most of this year, that leaves the Māori Party as the Queen/King makers and as we’ve pointed out, this is problematic because the Māori Party are flakey as fuck.

The Greens and the Māori Party need to sit down as TDB has suggested several times and work out bottom lines for Labour because Labour can’t be trusted to come up with them on their own.

The question now is how insane will tribal Labour and woke Green become now their parties are losing. When they had large majorities, we saw that the woke left wanted to use that power to punish and hurt everyone who disagreed with their dogma, now they are losing will they manage to drop the aggressive pronouns and militant te reo pronunciation correction and focus on providing universal well funded services that reduce the cost of living OR will they scream TRANSPHOBIC RACIST MISOGYNISTS at every one on Twitter and Facebook?

I think we know what they will become.

One of the reasons why I think Labour and the Greens have lost so much support is because their supporters are nasty spiteful clowns and via proxification, people end up hating them and by proxy, the Labour and Green parties.

At no time are Left woke activists asking, ‘am I the baddie’?

The Right look for recruits, the Left look for traitors.

Social media has made this far worse. 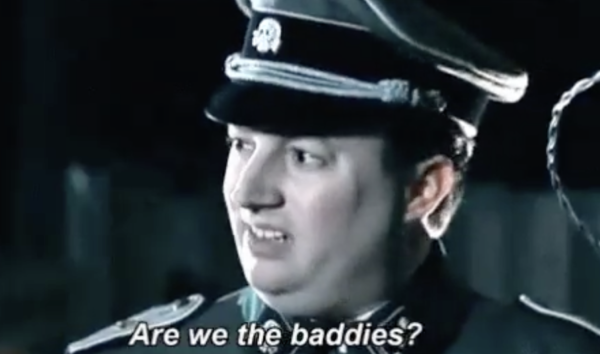