Taxpayer’s Union Poll is out, the first since Luxon as leader and it’s seen National soar while ACT have crashed! 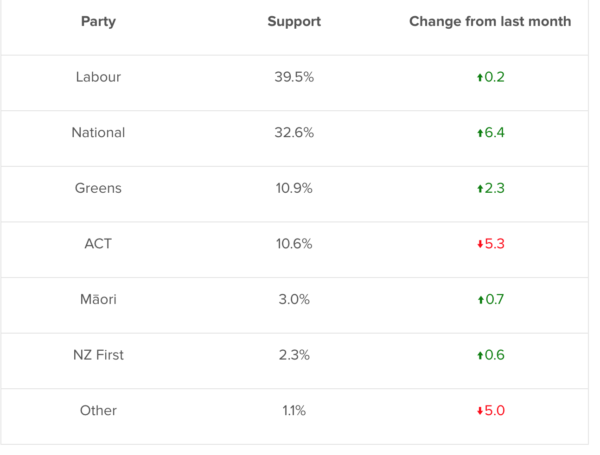 As a Handmaid’s Tale level anti abortionist, Luxon will have picked up the sub 5% Christian vote that usually gets wasted (see how the ‘Other’ section has plummeted?) while stealing back some of the angry urban make ACT vote!

David Seymour will need to light some bigger crosses to win back the emotional tourist National Party voters who have become bored with their protest vote wild life.

With Labour and Greens ticking up, Luxon is drawing support from the usually wasted evangelical Christian vote and angry urban ACT men.

Luxon may not want to talk about his radical faith, but those who share it are.