After attacking Mallard’s madness for trespassing a boiled ham like Matt King from Parliament, Mallard has doubled down and has lost the fucking plot by Trespassing Winston Peters from Parliament!

Former Deputy Prime Minister Winston Peters says he has been trespassed from Parliament.

In a statement, Peters said he found out on Monday night that Speaker Trevor Mallard had trespassed him from Parliament’s grounds for two years.

He claims Mallard’s “dictatorial behaviour” is “supported by Labour”. Prime Minister Jacinda Ardern, the Labour leader, on Tuesday morning said decisions about the management of Parliament’s grounds lay with the Speaker.

“New Zealanders should not put up with this type of totalitarian behaviour from the Speaker – nor should the Prime Minister or Parliament,” he said.

It comes after former National MP Matt King went public on Monday about receiving a trespass notice following his attendance at the anti-vaccine mandate Parliament protest earlier this year.

There must be an immediate protest planned for the lawns of Parliament, to allow a Speaker to lose the plot in the way Mallard has is dangerous to the stability of NZ Democracy.

Mallard must be removed and those political forces who are protecting Mallard must resign.

…do not want any focus on Labour’s decision to refuse point blank to meet the protestors and want no investigation of Trevor Mallard’s temper tantrum on the Thursday morning after the protest was imploding upon itself and was splintering.

It was Trevor’s short man temper tantrum that saw the Police attempt to move everyone off the lawn which gave the protestors a common enemy and provided a 10 hour live stream recruitment video! 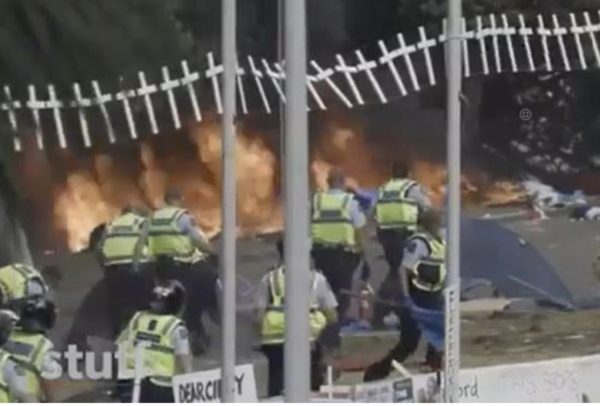 Equally Labour want no examination of how Mallard’s playing of loud music and spraying the protestors with water incited events.

We taunted these protestors for 3 weeks and when they reacted we pointed to their actions and screamed ‘hate crime’.

Labour and their middle class Wellington Marxists want no reflection of that. 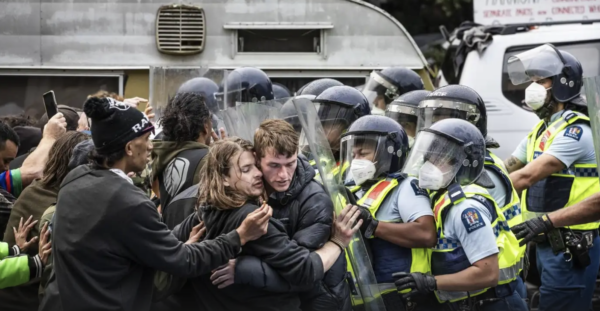 And so we have allowed Mallard to get away with all this damage to our democracy and he is now trespassing Politicians, effectively banning them from interaction during the 2023 election for fucks sake!

This is such an abuse of political power, it is almost unique in its magnitude.

The Speaker of the House is trespassing politicians for meeting with protestors that he himself had enraged and provoked!

MALLARD HAS GONE TOO FUCKING FAR!

Labour trespassing politicians and their Wellington Middle Class Marxists who demanded the smelly lumpenproletariat Nazis get bashed on Parliament’s Lawns are the threat to democracy, not Winston Peters!

If John Key had started trespassing politicians from Parliament, the Left would have been in an uproar – Mallard does it and everyone is tribally silent.

What is the point of being political if you have no values?

This is quite possibly the dumbest shit I’ve ever seen politically in my life!

By trespassing Winston from Parliament – the Left have finally lost the plot in NZ and Trevor Mallard is effectively a political fascist – there can be no tolerance of these power freaks in the NZ political landscape.

Unleash the dogs of war! 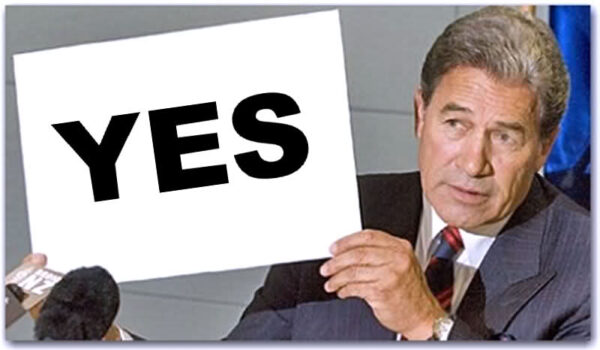