Heart of the City chief executive Viv Beck is putting her hat in the ring for the Auckland mayoralty today with a goal to scrap the 11.5 cents a litre regional fuel tax within 12 months.

The 62-year-old will formally announce her bid at Cornwall Park, joining Manukau councillor Efeso Collins and restaurateur Leo Molloy in the leading pack to replace Phil Goff, who is standing down after two terms. 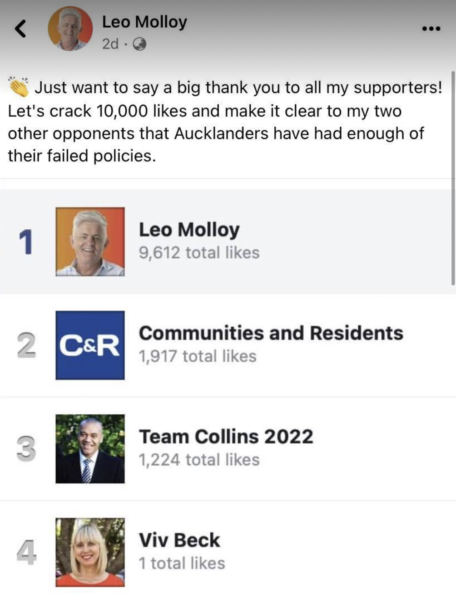 …one thing we know for certain is that Viv Beck is not going to win. C&R are flushing their money down the toilet.