Now Chloe is appearing in preferred PM stakes, her becoming the new leader of the Greens should be seriously debated.

The Green Party result in recent Polling is poor when you consider the Housing crisis and the lack of real progress on child poverty and welfare reform.

Labour Left should be bolting to the Greens.

Anything less than 15% at the 2023 election by the Greens should be seen as failure. The demographic of the electorate favours the Greens, the issues and lack of Labour action favours them and duh – climate change.

They should dump the co-leader policy and elect Chloe as the Leader to give her 18months exposure in the run up to the 2023 election.

Chloe is a unique talent. She speaks with the energy of the new voting generation in a language that empowers and challenges. She is an incredible communicator and if she had the Leadership, she could dominate political debate.

What could be more radical than the youngest Political Leader in NZ History?

To be politically relevant, the Greens need to be needed by Labour. To do that they need to take Labour voters.

Chloe can do that. Marama and James can’t.

Chloe’s secret super power is her ability to do one thing that no other Politician can do – beat David Seymour in a debate.

With ACT and political radicalisation on the rise, she has the ability to front foot a fight with David Seymour that no one else can manage.

Imagine Jacinda as Prime Minister with Chloe as Deputy. Imagine the policy platform of truly transformative change a Government with that leadership could actually achieve. 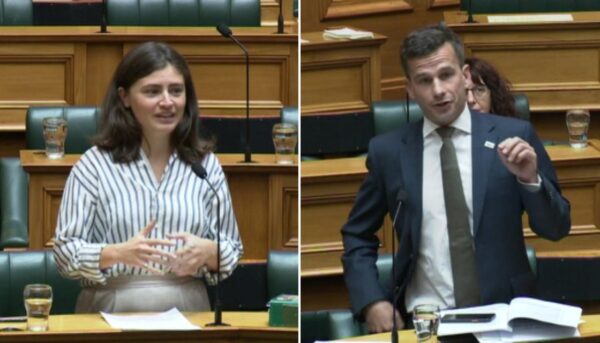