I’m excited that we have collectively gone from being experts on pandemics and virus to gun handling protocols on film sets in just one weekend but before we start legal defenses for Alec Baldwin, there’s the small matter of Jacinda staring down the camera and telling Auckland without telling Auckland that we are likely to be locked down until December.

For a city that has been under home detention for 3 months, this has gone down as well as Donald Trump dating Liz Gunn.

Suddenly everyone from primary school in your social media feed are calling Labour Nazis  and that this is the death of democracy which suggests those people have no working definition of the words ‘Nazi’, ‘democracy’, ‘death’, or ‘Labour’.

The true losers of course are the double vaxxed who have done all they have been asked and yet are still being deprived their liberty and are being told they can’t get out of home detention because of people like Liz Gunn.

Oh and any impatience is racist.

This is shaping up to be as rational a chat amongst citizens as a your average Trans book club reviewing Harry Potter.

The Woke – for them, one single death by Covid of a Maori, Pacifica or disabled person is a State sanctioned genocide. Their fury at Jacinda giving a stressed out Auckland picnics has been met by the perpetually outraged woke online as an atrocity on par with Dave Chappelle hosting a Pride parade. Those who had piously embraced every restrictive standard as if it were holy writ snarlingly turned on Jacinda once she pivoted with Wellington Twitteratti claiming her speech amounted to nothing more than a long rambling suicide note.

Death Cult Capitalists – They demanded Freedom Day while ignoring the collateral death that would cost. 1000 deaths has been divined as enough of a sacrifice at the altar of Milton Friedman and their continued frustration at Jacinda’s refusal to kill for capitalism will drive their criticism. They will endlessly scream for open borders no matter how large the mass graves.

Angry Double vaxxed Good Citizens in Auckland & Good Buggers in South Island –  They have done what they were asked, they have sacrificed and now they want their lives back. Being told they can’t because morons don’t want to be vaccinated is going down about as well as a cup of cold sick. These people are not bad people, they’ve done what they were asked and they want their lives back. You can’t get angry at these people and painting their frustration out as racist will hurt the Left at the election.

Qanon Anti-vaxx lunatics – Will see the vaccination passports as a vast erosion of their civil rights and that measure will dangerously radicalize this fringe. Expect some type of political violence from this cult.

Crystal Karens – These are the middle class new age conspiracy clique who will become culturally ostracised by the vaccine passports. Let’s see if the witchy spirituality magic of fatherless daughters from the first wave of feminism divorce in the 1970s is more powerful a value than their ability to fly to Thailand for a chakra cleanse next year.

Principled Objectors – They will quit jobs on principle and quickly find out there is no where else to go. They will become radicalized.

Jesus is my vaccine fanatics – They will see Bishop Brian Tamaki’s prosecution as persecution and see end of days symbolism at every turn. The passport will be framed as the number of the beast. Expect religious radicalization.

ZB Troll Farm – They won’t believe their luck. They will hold up the claims of Maori vaccine hesitancy as the reason the rest of us can’t get our lives back. They will manipulate the frustrations of the double vaxxed and weaponize it. Expect radicalization.

National – So self mutilated at this stage they have chewed off their nose, one eyeball and half a cheek to spite their face. Wants to open at levels that would see thousands more dead than 90% double vaxxed. So they are like Labour but with much bigger graves implemented with grotesque incompetence.

Maori Party – So this is a modern genocide on par with a purpose built murder Disneyland? Did Rawiri think Squid Games was a documentary? The hyperbole they are terrifying their supporters with seems like a cross between Liz Gunn & Bishop Brian Tamaki but with more violence.

Small Business – These are people who for the first time in their lives feel economically vulnerable. They have haemorrhaged cash because of the lockdown and are on the verge of collapse. They are ripe for radicalization.

The Unvaccinated – About to get very very very sick. The wider community will not give a fuck about their feelings and they will feel persecuted. Will radicalize out of desperation.

Children – They will become the new hosts of Covid as adult vaccination rates leave the virus with few options. They will pay the price in sickness so adults can go back to work. Isn’t capitalism fun?

The Poor – Food banks have spiked 500%, the horror of poverty in lockdown has been hidden to date, but the truly dispossessed will always turn that anger and fury upon themselves and their Whānau. Their radicalization will be a never ending self harm event that implodes communities that the middle classes drive by on their way to the airport.

“Are we fighting Covid or Humanity”? 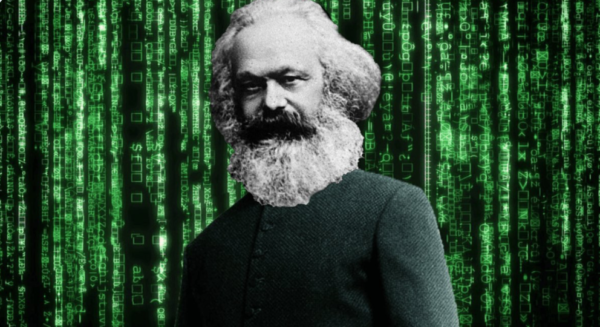 ACT – About to be flooded by the radicalized and desperate. ACT are mutating into the paramilitary death squad they were always destined to be once Seymour can be replaced as leader.

Labour Māori Caucus – Have been under immense fire from Maori Party, Academics and the woke for a Squid Game mass death event by not vaccinating all Maori first. Could you imagine what would happen if the Maori Caucus demanded all Maori get vaccinated first? Can you imagine the nuclear explosion from pakeha being told their family members dying from Covid is acceptable because we have to vaccinate Maori first? The NZ Herald would print maps of Labour MPs homes with recipes for Molotov Cocktails alongside while Mike Hosking would actually orgasm live on air.

If the Maori Labour Caucus had implemented the demands of the Maori Party, the Academics and the woke, they would have sparked an insurrection from the Right that would have triggered race riots.

Jacinda – I think she has done an incredible job navigating us through this nightmare and the lack of gratitude and hate and crazy conspiracy madness vomited on her is an indictment on us as a fractured social media crazed culture of resentment, not on her.

But sure let’s shit on Jacinda’s response!

This is the most important moment in Jacinda’s leadership and I don’t envy the position she must take now.

The next few months are going to be frightening and many people will get sick. Get off Facebook and spend time with friends and family.

Every which way she will have highly partisan emotionally manipulative criticism thrown at her as a frightened and desperate team of 6 million starts to turn on itself.